Evening in the Psalms

Upcoming Events Evening in the Psalms 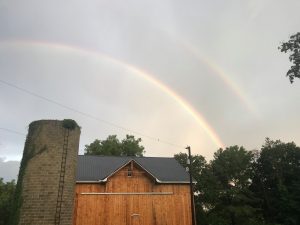 In 1974, after leaving Calvary Chapel in Costa Mesa, California, the Lord led Kenn and Joanie Gulliksen to Los Angeles to begin a ministry that had been on their hearts for several years. Starting as a small Bible study group in the home of Chuck Girard (from the musical group "Love Song"), the fellowship quickly grew, necessitating the beginning of other home studies; and the beginning of a Sunday service in Beverly Hills. God prophetically gave the name "Vineyard" to these gathered people.

The church met in a gym or on the beach or in homes, especially, for those not "at home" in other churches. One third of the church was made up of Jewish believers, most of whom received the Lord at the Vineyard.

God worked through many mistakes and failures, as well as successes, as people were willing to take risks to become like Jesus, and to communicate the good news. Several couples went out and began other Vineyards in California, quickly growing churches with priorities of worship, relationship, healing and giving.

In the spring of 1982, John Wimber and several other pastors led their churches into relationship/identification with the Vineyard, as their vision coincided with and complemented that of the original Vineyard. It was obvious God had called John to pastor the pastors, to train and encourage and to plant churches internationally-providing comfort from comfort received. As a result, the people called the Vineyard have extensive and fruitful relationships with American denominations, the Church of England, churches in Europe and Africa, World Vision, seminaries like Fuller, and underground churches in Europe, Asia, and China.

Vineyard Church at the Farm is an independent church, but part of “Vineyard USA”. It is a church recognized by the state of Maryland & the federal government as a non-profit corporation. Each Vineyard is autonomous and independently incorporated, but joined by shared values, priorities, goals, style, and love to all other Vineyards. Our similar doctrine and philosophy, as well as our personal relational ties are what join the various Vineyard churches together. We also love and see ourselves joined by the Spirit to all other churches that profess Jesus Christ as Lord.

Vineyard USA is a church planting and missions arm that is associated with the 1,600 Vineyard Churches worldwide. It too is a separately incorporated non-profit organization based in Houston, Texas for the sake of mutual submission, training, and fellowship. The Vineyard Church at the Farm is part of and in submission to Vineyard USA of which Jay Pathak is the National Director.